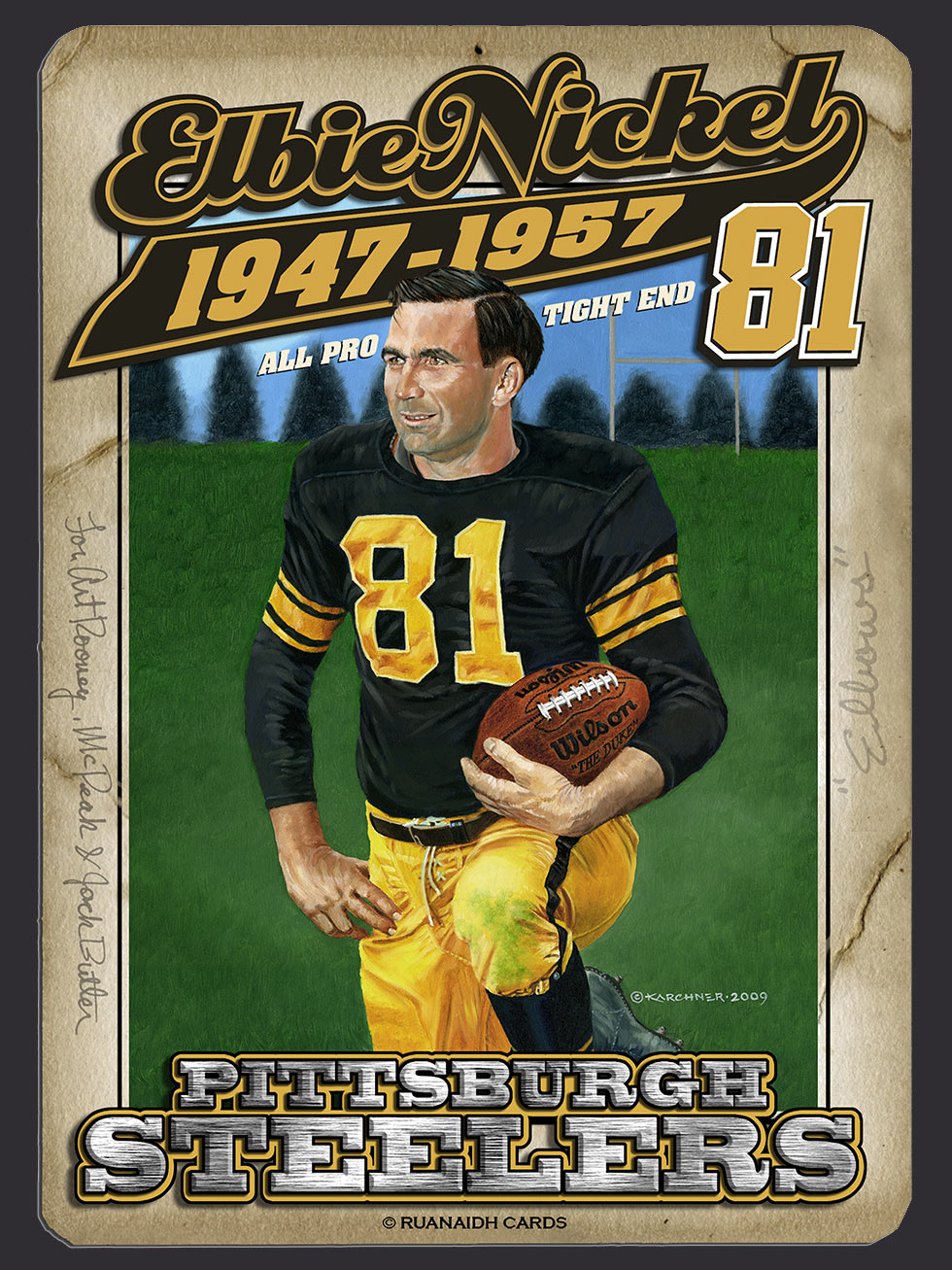 This is a traditional oil painting of the famous Pittsburgh Steeler, Elbie Nickel. It measures 18″ x 24″.Elbie was primarily a blocker in Jock Sutherland’s “single wing” offense from 1947 through 1951. While at the University of Cincinnati he was a triple-sport star but his education was put on hold by the start of World War II. He was a late draft choice of the Steelers, who drafted him in the 15th round in 1947. Elbie passed up a baseball career with the Cincinnati Reds to sign with the Steelers. He was the Steeler captain and was voted the team’s MVP and played in three Pro Bowls.

He blossomed as a tight end after Joe Bach brought the T-formation to the Steelers in 1952 in which he had a record setting 63 catches in 1953. Nickel was elected to the Steeler’s “50th All-star Team” as the “Tight end of a Half Century.” Elbie Nickel was a close friend of Steeler founder, Art Rooney, Sr. They shared a love for thoroughbred horse racing. Elbie passes away at 84 years of age in 2007.