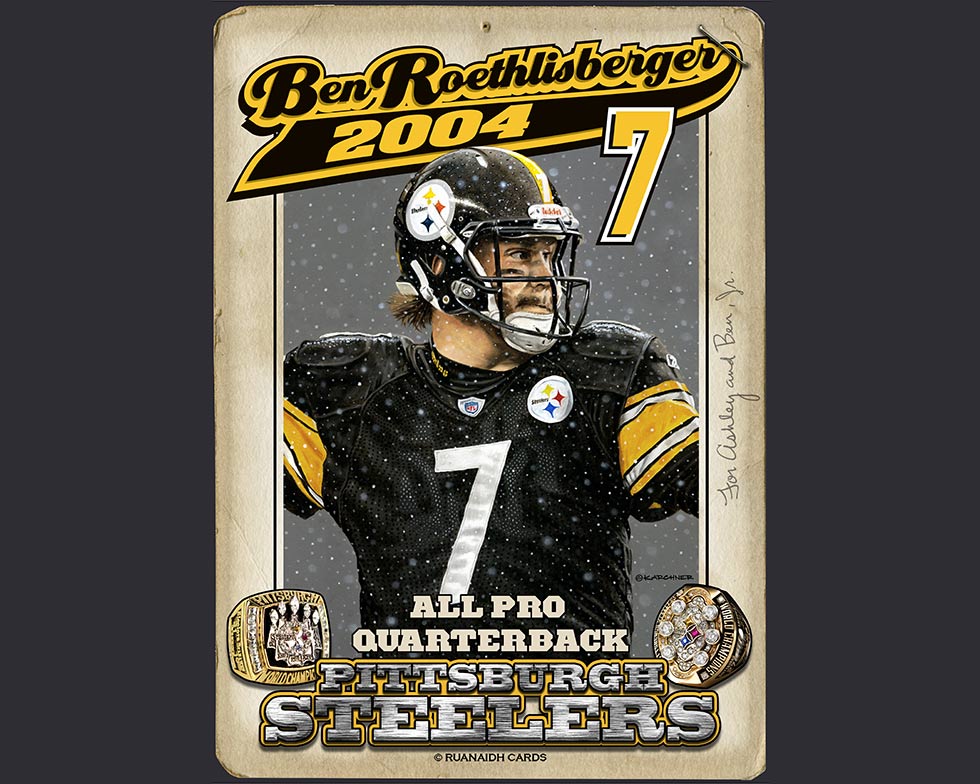 Benjamin Todd “Ben” Roethlisberger (born March 2, 1982), nicknamed Big Ben, is an American football quarterback for the Pittsburgh Steelers of the National Football League. He was drafted by the Steelers in the first round (11th overall) in the 2004 NFL Draft. He played college football at Miami University (Oxford, Ohio).Roethlisberger earned the AP NFL Offensive Rookie of the Year in 2004 and his first Pro Bowl selection in 2007. He became the youngest Super Bowl-winning quarterback in NFL history, helping lead the Steelers, in his second professional season, to a 21–10 victory over the Seattle Seahawks in Super Bowl XL at the age of 23. Roethlisberger led the Steelers to a second Super Bowl title in four seasons as they defeated the Arizona Cardinals in Super Bowl XLIII, 27–23, after completing a game-winning touchdown pass to Santonio Holmes in the final 35 seconds.

Roethlisberger has been one of the most efficient passers in NFL history. He currently ranks 10th all-time in NFL passer rating (92.9), 5th in yards per attempt (8.06), and 11th in completion percentage (63.24%) among quarterbacks with a minimum of 1,500 career attempts. He has the fourth highest career winning percentage (.710) as a starter in the regular season among quarterbacks with a minimum of 100 starts.

This painting is traditional oils on Ampersand Gessobord Masonite. The finished size is 20″ x 16″.