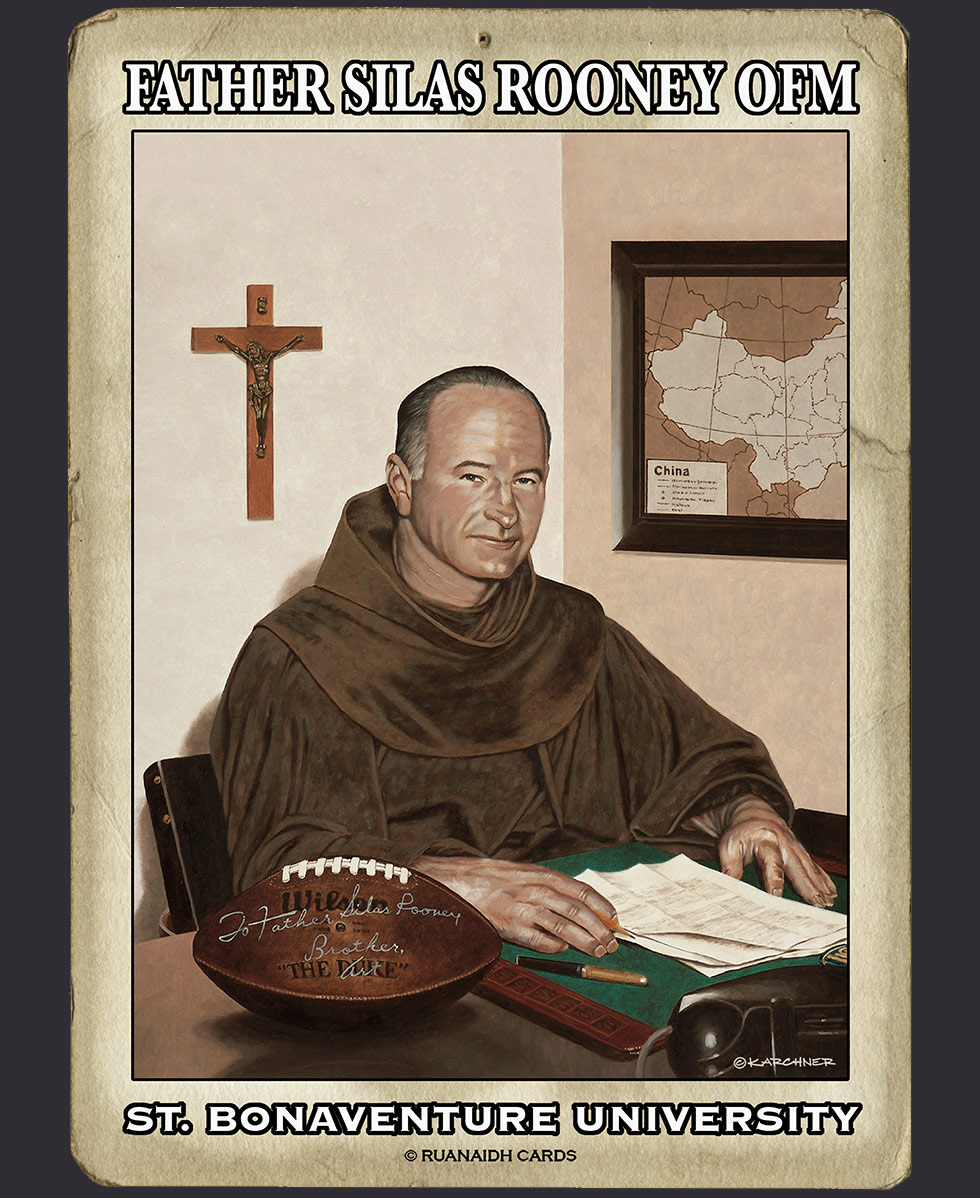 Father Silas “Dan” Rooney was the brother of Pittsburgh Steelers owner, Art Rooney, Sr. He was an outstanding athlete, he was a catcher and his brother, Art was the manager of the Wheeling, West Virginia team, the “Wheeling Stogies,” a team in the old Middle Atlantic Baseball League. Both still hold records they set in the late 1920s. In 1921, Father Silas was offered a contract with the New York Yankees baseball club for $5000, a handsome salary at the time. He turned it down to enter the priesthood. A member of the Franciscan order, he was ordained at St. Bonaventure Universityin Olean, NY where he was the former athletic director. He spent seven years as a missionary in China until the Communist takeover. He also served as a chaplain in the European theater during World War II. He died January 9, 1981.